20 talks to understand the 2020 political landscape

10 Sessions
If the 2016 US election felt volatile and vitriolic, the forecast for a cordial 2020 isn't looking good. The nomination process is dividing Democrats, Republicans are closing ranks around an embattled President Trump, and distrust of news media is at an all-time high. Is there hope for unity across political affiliations? Can we learn to trust journalists again? What are the issues that Americans really care about?

President Trump is all but assured the Republican nomination, but the Democratic nominee is still a question mark. The field of candidates still numbers in the double digits. Is the large field a reflection of a disunited party without a central message, or does it signify a party more motivated than ever to win the White House?

“I just don’t believe that there’s a huge crack in the Democratic party.”

Jemele Hill
I just don’t believe that there’s a huge crack in the Democratic party.
— Jemele Hill
Related Session
Formidable or Fractured? The Democrats and the Road to 2020
Video — 57m 28s

A fundamental tension within the Democratic party revolves around centrist Democrats. Traditionally a vital voting block, centrists are starting to be seen as a political liability rather than an asset. If Democrats think they have a better chance of winning by moving to the left, it might mean alienating centrists who aren't as eager to come along.

Big Idea
We understand that if you alienate 65 percent of the population with an extreme position, you can be on the moral high ground and not get anything done.
Heidi Heitkamp

President Trump is now the de facto head of the Republican Party, and dozens of senators and local officials who will run for election in 2020 must decide whether to hitch their bandwagon to his party. It's a Republican Party that's increasingly extreme in its views around issues like immigration and reproductive rights.

“In order to have a healthy democracy, we need a morally sound and intellectually honest conservative movement.”

Bret Stephens
In order to have a healthy democracy, we need a morally sound and intellectually honest conservative movement.
— Bret Stephens
Related Session
From Reagan to Trump and Beyond: The Future of Conservatism in America
Video — 1h 23m 55s

Regardless of party, though, concerns about election security loom large as voters confront disinformation campaigns and hacking scandals. Have government agencies and private companies like Facebook done enough to inoculate the US election process against interference?

Is there hope for healing?

Over the last century, the number of Americans living in rural America has shrunk by more than half. That stark transition is leaving many rural citizens disgruntled. This group is maligned and vilified for their lifestyles and political choices. How can political candidates and journalists help bust stereotypes about rural Americans in order to bridge the rural-urban divide? 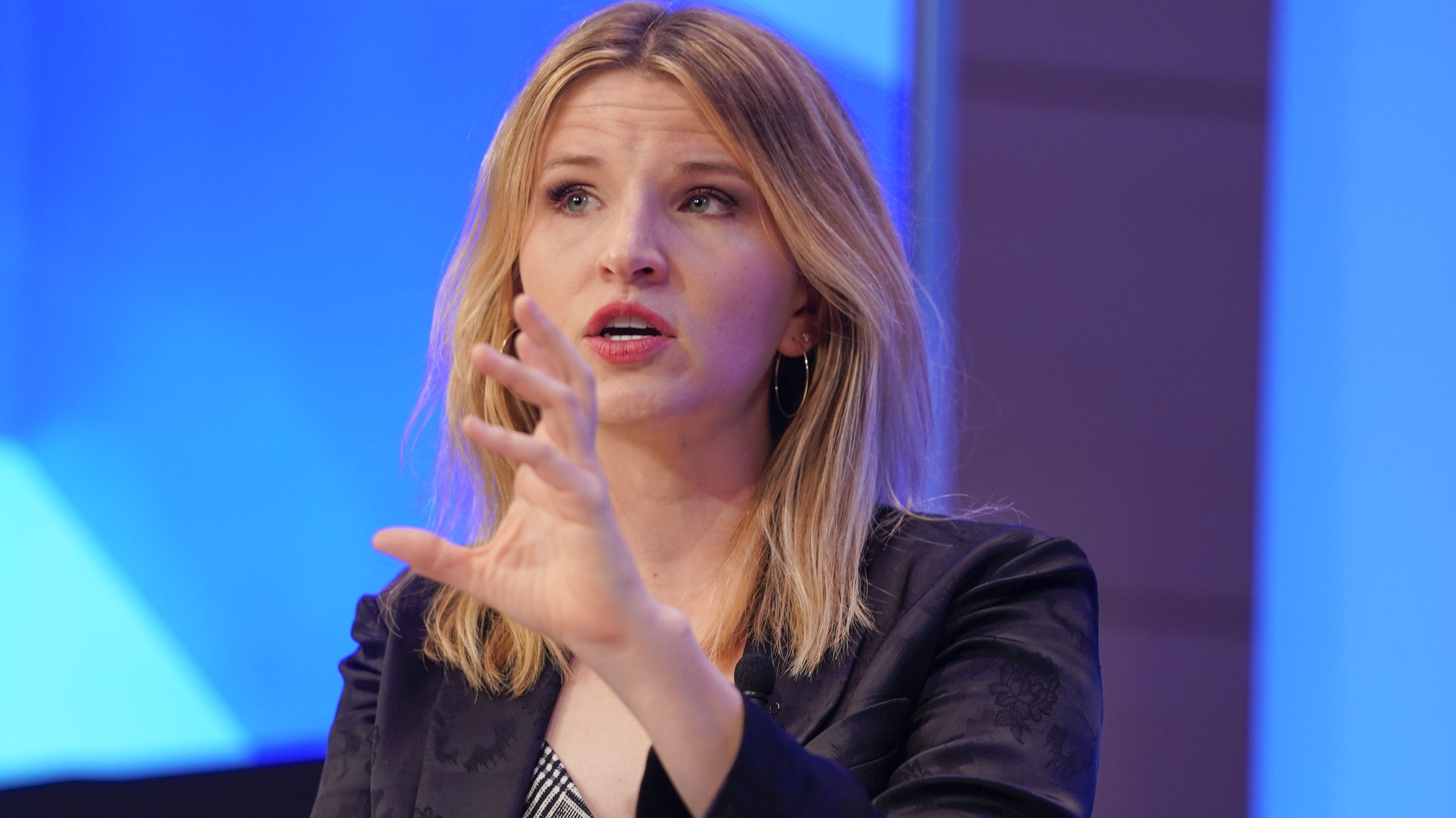 Voting for Donald Trump shouldn’t define who you are.
Related Session
Revising the Narrative on Rural America
Video — 49m 3s

White evangelicals represented one of most staunchly pro-Trump demographics in the 2016 election, and the trend seems likely to continue in 2020. Why do such deeply faith-driven citizens rally around a president whose behaviors and values don’t exactly match up to traditional Christian mores?

The 2018 midterms ushered in some of the youngest House members in US history, and more black, brown, and queer candidates were elected than ever before. These changes were thanks, in part, to young voters. From how they consume news to who they vote for, younger generations are changing the face of politics. Understanding the desires and passions of millennials and younger generations will be vital for any successful political campaign in 2020.

Big Idea
Someone who turned 18 on the eve of the presidential election in 2016, based on life expectancy, will be voting until 2076. So winning them when they’re young will pay dividends over a lifetime of votes.
Kristen Soltis Anderson

Related Session
Not Your Parents' Party: How Gens X, Y, and Z Will Shake Up Our Politics
Video — 55m 33s

Bernie Sanders and President Trump have at least one thing in common: they're both at the crest of a populist wave that's sweeping US politics. Starting with the Tea Party in 2010, populist talking points and campaign strategies are on the rise. But is “Medicare For All” a pipe dream? Can populist leaders actually deliver on their promises, and what's the danger if they can't? 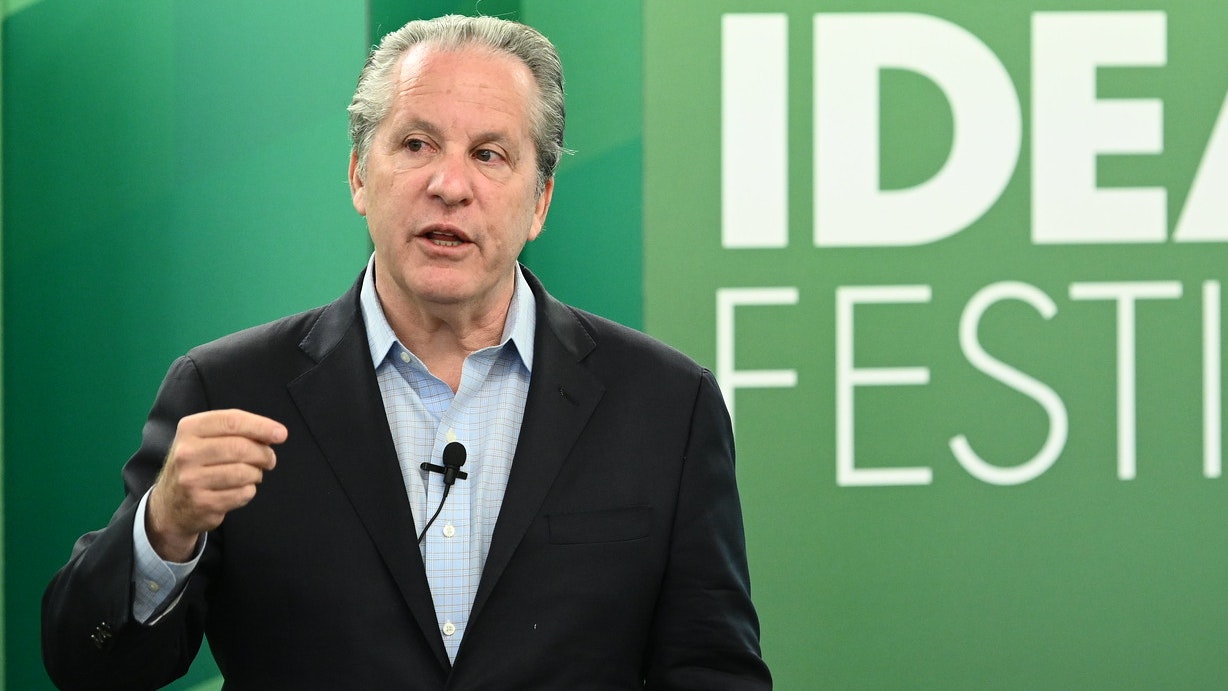 All populists are not created equal
Related Session
Is Populism Good for the Populace?
Video — 50m 45s

At the end of the day, is there hope that the 2020 election will bring liberals and conservatives together to talk about ways to improve the lives of Americans? Beyond hyperbole and political affiliation, where can we find commonalities? Differences of opinion will always exist, but understanding how Americans think and feel could go a long way in healing deep divides.

Rebuilding public trust in the media

One of the biggest news stories of the 2016 election turned out to be the news media itself — we're officially in the fake news era. Fake news is everywhere, and unfavorable news can be easily dismissed as fake and biased. A robust and trusted news industry is vital to the health of our democracy, so how can politicians, citizens, and journalists work together to restore the institution of news in the US?

“False news travels more quickly and widely than real news, because it appeals to our base instinct.”

Jeffrey Rosen
False news travels more quickly and widely than real news, because it appeals to our base instinct.
— Jeffrey Rosen
Related Session
Addressing Trust as an Element of Media and Democracy
Video — 51m 28s

Part of the fake news era is a vacuum of leadership addressing the issue of disinformation. Tech companies don't want to take responsibility and governments are loathe to tell tech companies what to do. As the 2020 elections gear up, how will our country face the threat from Twitter bots and Facebook trolls? What responsibility should the government have to police the truth — and what role can the tech platforms play?

“Facebook prioritizes growth over governance. It’s gotten us to a scale of 2.5 billion users that is basically ungovernable.”

More people are getting their news online, and that trend will undoubtedly continue. News travels faster, too — a breaking story can reach millions in minutes. Traditional journalists adapt to these changes, or risk obsolescence. But can they play a role in promoting healthy news consumption online and help temper some of the worst aspects of hyperconnectivity?

Big Idea
Polling matters to a point. It helps inform the reporting, but the reporting has to remain at the core.
Robert Costa

Related Session
Covering 2020: What Lessons Should the Press and the Pollsters Take from 2016?
Video — 1h 1m 8s

A clean energy revolution is now underway, but US leadership on clean energy took a u-turn after President Trump was elected. Instead of capitulating, many Democrats are doubling down on unprecedented environmental legislation like the Green New Deal. Are the Democrats wasting time and political capital on the Green New Deal, or does the legislation have enough populist appeal to bridge the partisan divide? 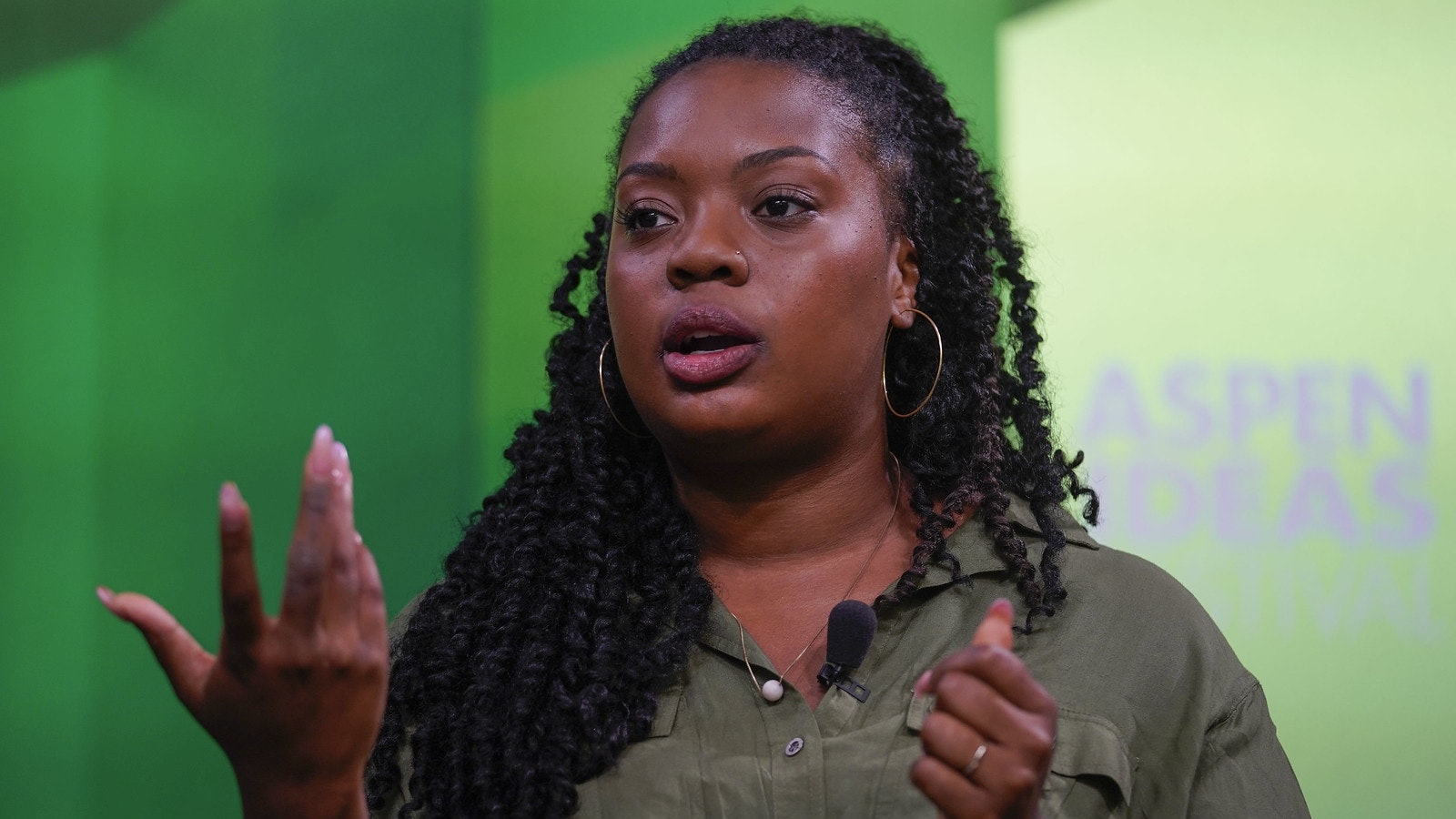 There's a reason why Ruth Bader Ginsburg's health makes headlines: the balance of power on the Supreme Court, and lower courts, is a political volcano waiting to erupt. The John Roberts court has already been fundamentally changed by President Trump, and the Supreme Court could end up defining the issues important in the 2020 political election landscape.

There's perhaps no better microcosm for the divide between Republicans and Democrats than the debate on immigration. How will a middle ground be found around the two sides: immigration amnesty  or a dramatic reduction in the number of legal immigrants entering the US? Most Americans and politicians realistically want something in between, but immigration is a deeply emotional issue that's easily exploited.

Big Idea
We need to be careful to not let this debate be defined by its extremes or by the theater that it naturally generates.
Leon Rodriguez

State legislatures have passed a record number of anti-abortion bills in recent years, yet the populace is still bitterly divided over reproductive issues. Should insurers cover birth control? Should the federal government fund Planned Parenthood? The debate about these issues is only getting started.

“For so many people across the country, we are already in a post-Roe reality.”

Leana Wen
For so many people across the country, we are already in a post-Roe reality.
— Leana Wen
Related Session
Reproductive Rights: Still a Battleground
Video — 45m 12s

A groundswell of Americans fed up with a business-as-usual US political system means serious attempts to reform it could be on the horizon. Whether through ranked choice voting, campaign finance reform, or abolishment of the primary process, advocates want to make the US political system work for everyone.

President Trump's trade war with China added fuel to growing international turmoil around China's ascendent global influence. China has dismissed the wishes of Western powers for it to be a bastion of liberalism and international cooperation. So, will President Trump's isolationism leave a power vacuum for China to fill? And can the US economy withstand the crippling trade war?

The year 2020 will be historic, no matter which way the political winds blow. If Trump becomes a two-term president, he will have a chance to cement his legacy. But if a Democrat wins (whomever that turns out to be), they will have an uphill fight to enact an agenda in a politically charged atmosphere. Either way, everyday Americans will still likely be fighting for the issues they hold closest to their hearts.