The big win here is a U.S. in crisis, which is no longer a direct threat to the Russian regime.

Russia is increasingly acting as an outlaw state across the international stage—undermining European democracies, harassing US diplomats, harboring sophisticated cybercriminals, and testing Western alliances. What’s behind these actions, and how should the United States, Europe, and the West as a whole respond to the rising belligerence of Putin’s Russia?

How does Russia views itself in the modern world and what motivates their actions? Is Russia’s attempt to return to a bipolar global power structure driven by the humiliation they felt after the collapse of the Soviet Union?

Kori Schake argues that the Kremlin has attempted to reassert Russia as an alternative to the United States and the western, post-World War II international order, but their nefarious methods and disingenuous arguments should be rejected.

One common thread the panelists all agree on is that Russia yearns to return to a world power and are strategically challenging the United States and the west.

Peter Wittig speaks from decades of European diplomatic experience when he fields a question from Steve Clemons about the West’s complicity in its hostile relationship with Russia.

Wittig thinks that a double-pronged approach of pushing back against Russian aggression while maintaining open communication with the Russian government is vital for mending relations between Russia and the West.

He supports resilient actions, including diplomatic and military maneuvers, when Russia acts with malice. However, Wittig adds that when countries respond seeking only to isolate Russia, critical channels for dialogue are lost that may preempt more severe conflicts in the future.

Dismissing the idea that Russia acts out of impulse, Schake instead asserts that Russia aims to weaken alliances throughout and between Western countries it sees as existential threats. Though the methods behind Russia’s attacks vary, such as harassing diplomats and leaking sensitive information obtained through cyberattacks, the end goal is usually the same. The goal of Russia’s belligerence is to divide the West—and it’s working
Jump to idea
28:40

When Clemons asks why the West’s response to Russian aggression is so “pathetic,” the panelists dive deep. Instead of “playing by the rules,” Russia time and again violates long-standing norms by entering legal and political grey zones to which the West does not know how to respond.

Putin dares Western countries to escalate conflicts that they are not sure meet thresholds to trigger in-kind reactions. The heated discussion below shows just how difficult formulating a response Russian cyberattacks can be:

This exchange has been edited and condensed for clarity. Watch the full exchange on video.

In the final minutes before Q&A, Wittig steers the conversation toward his assertion that the West is losing the upper hand against Russia. Watch as he and the rest of the panelists discuss the paradigm-changing implications of Western disunity: 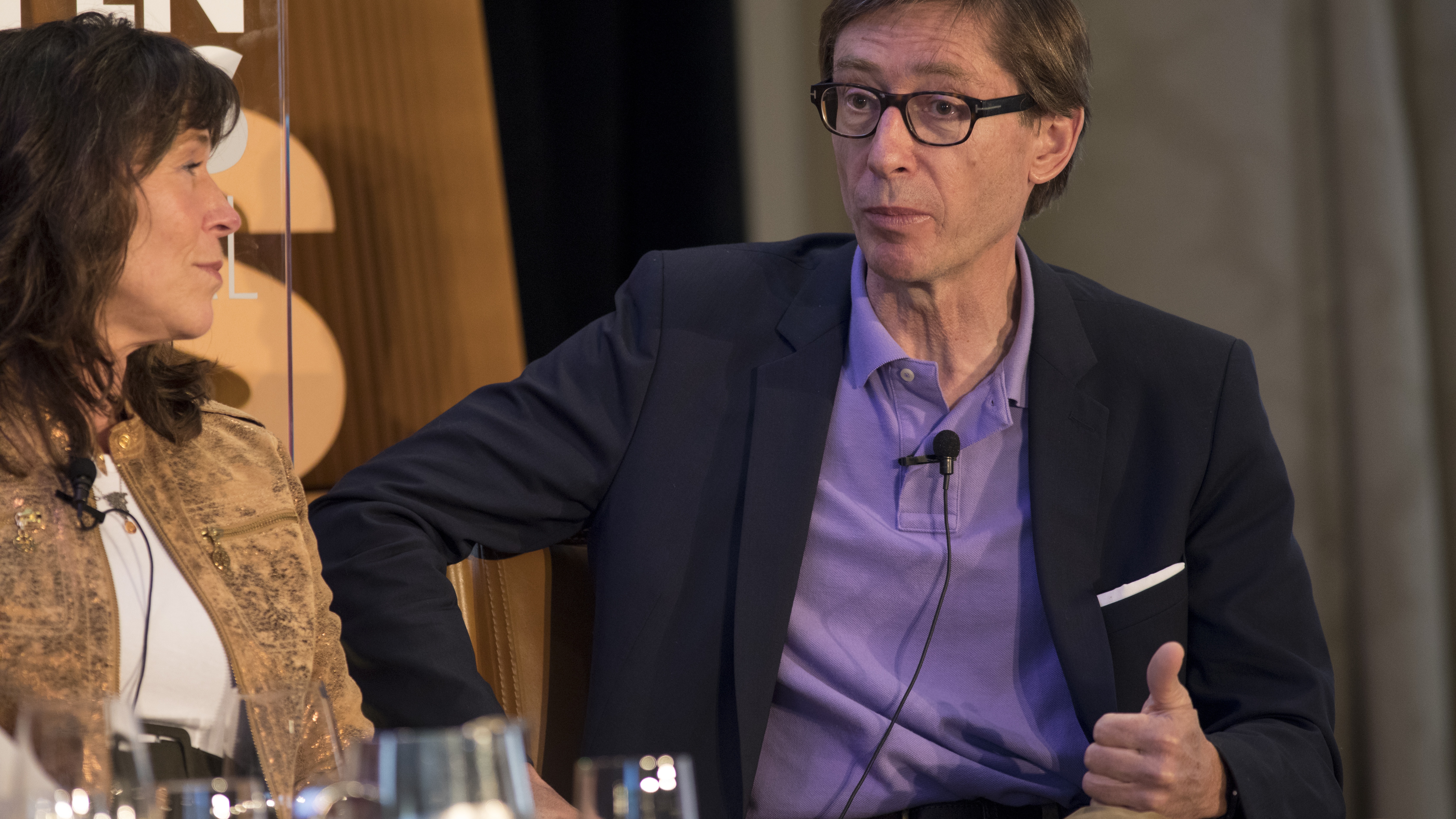 The Perfect Weapon: War, Sabotage and Fear in the Cyber Age by David E. Sanger

Politics are a frenzy right now, with bombshell headlines dropping so often that it’s hard to know what to focus on. Even when you can cut through the noise, what you hear is...

The highest court often seems distanced from our day-to-day lives, but the rulings that come out of the Supreme Court are woven into the fabric of the nation. Though it aims t...

Gen-Z for Change's Aidan Kohn-Murphy on youth-led movements, his advice for young activists, and why it's impossible to lose hope.

Article
View
Aug 10, 2022
Free Speech: Where Should We Go From Here?
Podcast — 47m
View
Collection
Ukraine: Resilience, Resolve, and the Future of the War

Russia launched its invasion of Ukraine in February 2022, and since then, the war has proven longer and costlier than what the Kremlin might have expected. Ukrainian resistanc...