Are We Headed for War with Iran?

I worry that we’re drifting in the direction of collisions that can escalate very quickly.

William Burns ​President of the Carnegie Endowment for International Peace

Decline of the US State Department 2m 26s
Session

Are We Headed for War with Iran?

President Trump says he does not want a major war in the Middle East. But many allies and observers worry that hardlinders in the US and Iran are on a collision course toward conflict. The US exit from the Iran deal and the “maximum pressure” campaign have escalated tensions between Washington and Tehran in recent months. Iran has called the announced deployment of US troops to the region “a very dangerous game,” and the alleged involvement of Iran in the oil tanker attacks this summer only exacerbate fears of a military clash, whether by design, by miscalculation, or by accident. The Atlantic’s Jeffrey Goldberg is joined by William Burns, a career diplomat who served five US presidents and led the secret bi-lateral negotiations, that resulted in the Iran Deal.

Former career diplomat and deputy Secretary of State William Burns claims that although Iran isn’t the easiest negotiating partner, the Iranian regime is receptive to diplomatic overtures. How does he know? He was the lead US negotiator for the 2015 Iran nuclear deal. He describes the fitful, but ultimately successful, diplomatic process leading up to the controversial deal with Iran. 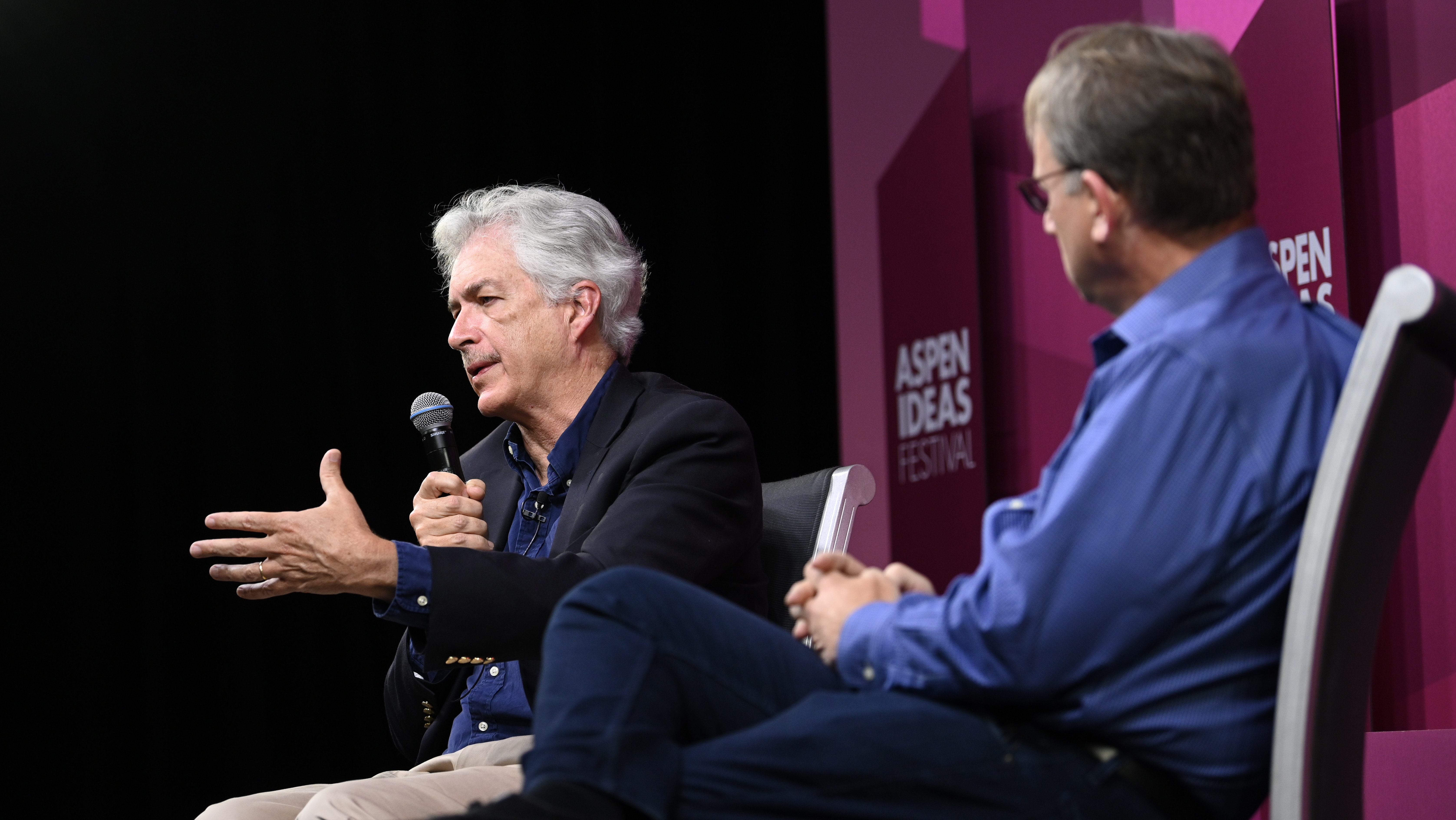 Diplomacy with Iran can see results
Jump to idea
09:05

A key factor in understanding the current tensions between Iran and the US stems from President Trump’s decision to not uphold the US’ end of the 2015 Iran nuclear deal. The deal, which incentivized Iran to curtail its nuclear weapons program, was condemned by some as myopic and naive. But are those criticisms warranted? Jeffrey Goldberg, editor in chief of the Atlantic, asks William Burns, one of the chief architects of the deal.

This exchange has been lightly edited for clarity

Madman diplomacy — acting irrationally and volatile towards a foreign adversary to theoretically dissuade opponents from eliciting unintended consequences — only works if it’s part of a larger strategy, says William Burns, and President Trump’s unpredictability towards Iran is both the means and the end. 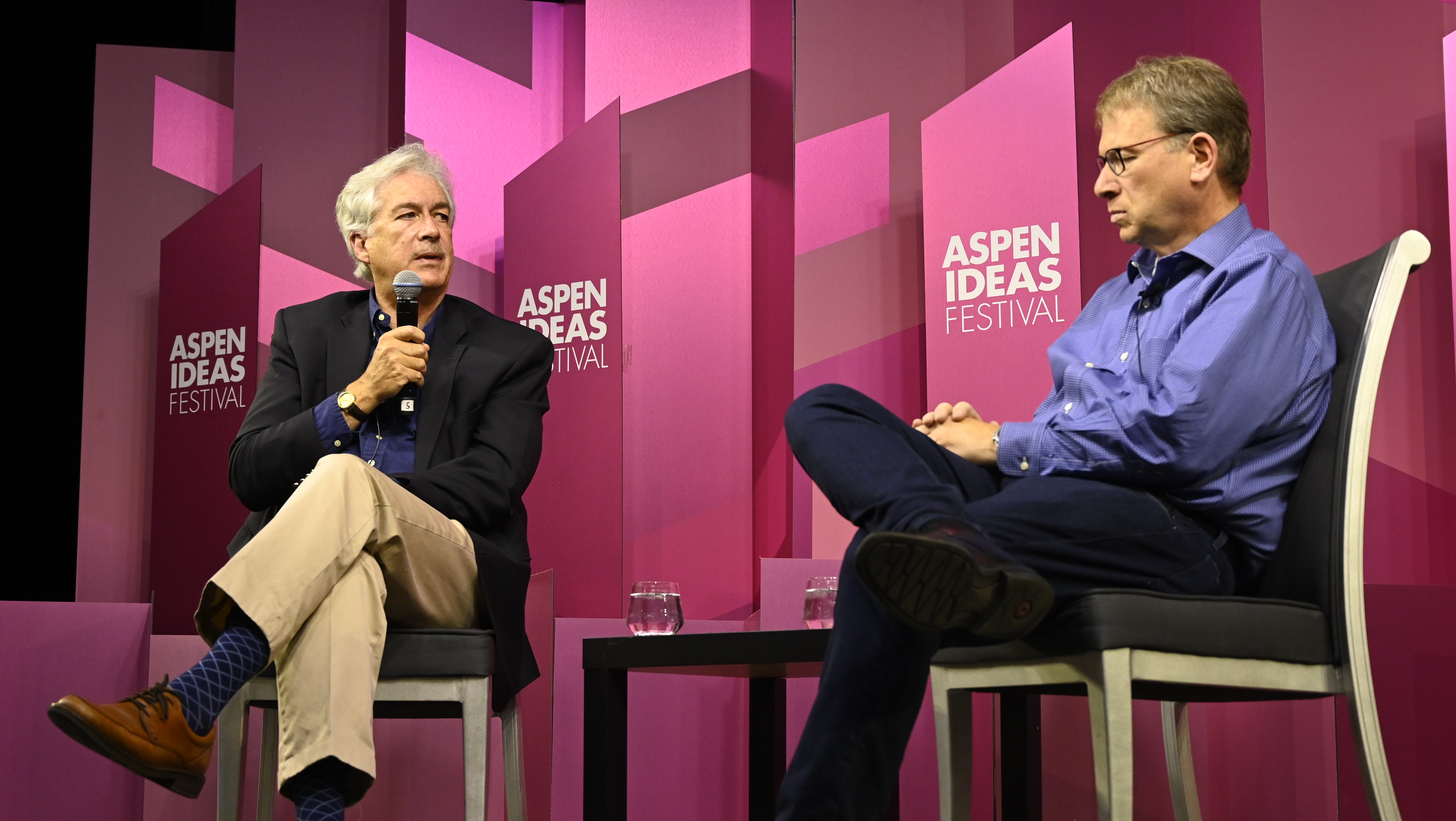 Madman diplomacy under Trump is damaging and dangerous.

Burns sees Trump’s erratic behavior towards Iran (and other world powers) as immediately dangerous. He worries that a US that can’t be trusted on the world stage will erode its foreign influence in the long term.

Iran is sometimes portrayed as an irrational actor with a bad temper, but this facile view of the Iranian regime distorts meaningful discussion (and diplomacy). William Burns says that the Iranian government, above all else, seeks the survival of the current regime. Additionally, Burns says Iran wants what most other countries want: to be a principal actor in their geographic region.

Iran is ruled chiefly by a Supreme Leader who has the final say over almost all domestic and international policies. Ayatollah Ali Khamenei (the current Supreme Leader) and his father Ayatollah Ruhollah Khomeini are the only two people to have ever held the position.

Burns also contends that, while we shouldn’t underestimate the Iranian regime, its internal desires may have set itself up for disaster. With 70 percent of the population under 30 and an anemic economy, Iran may face challenges from its own citizens as it pursues potentially unpopular strategies abroad.

Jeffrey Goldberg wants to know if there’s any predictions William Burns can make about where our relationship with Iran is headed, and Burns says that he’s pessimistic. A conflict between the US and Iran is alarmingly possible

Russia launched its invasion of Ukraine in February 2022, and since then, the war has proven longer and costlier than what the Kremlin might have expected. Ukrainian resistanc...