Aspen Ideas Festival’s signature event gathers an audience of 2,000 in the Benedict Music Tent. Big thinkers and doers engage in candid conversations about their work, our world, and the future. The Afternoon of Conversation is an experience for the curious, igniting discussion in a marathon of big ideas.

The Afternoon of Conversation is the Aspen Ideas Festival's pinnacle programming moment, best described as a marathon of ideas that move, challenge, and inspire. Over 2,000 people gather in the Benedict Music Tent, an open-air venue with acoustics that mimic an amphitheater, to hear from global leaders, Nobel-Prize winners, legendary musicians, brilliant entrepreneurs, and more.

True to the Aspen Institute tradition, the programming is designed to stimulate important dialogue on today’s biggest issues while also prompting deep reflection on one’s own humanity and role in society. As the Festival’s quintessential halfway event, the Afternoon of Conversation offers the unique opportunity to chat with fellow attendees from both Festivals 1 and 2. The event not only enlightens and energizes attendees, it also propels the Festival into the final segment of the multi-day event.

Welcoming new speakers to the stage every year — with some of the buzziest announcements happening just days before — the Afternoon of Conversation is the signature event of the Aspen Ideas Festival. You don't want to miss it.

We've gathered some highlights from past years, including standout speakers and performances.

Common, an Oscar, Golden Globe, Emmy, and Grammy award-winner, opened the 2019 Afternoon of Conversation with Arthur Brooks, the president of the American Enterprise Institute. They discussed Common’s recent book, Let Love Have the Last Word, which explores love as an action and a tool for self-betterment and healing humanity. 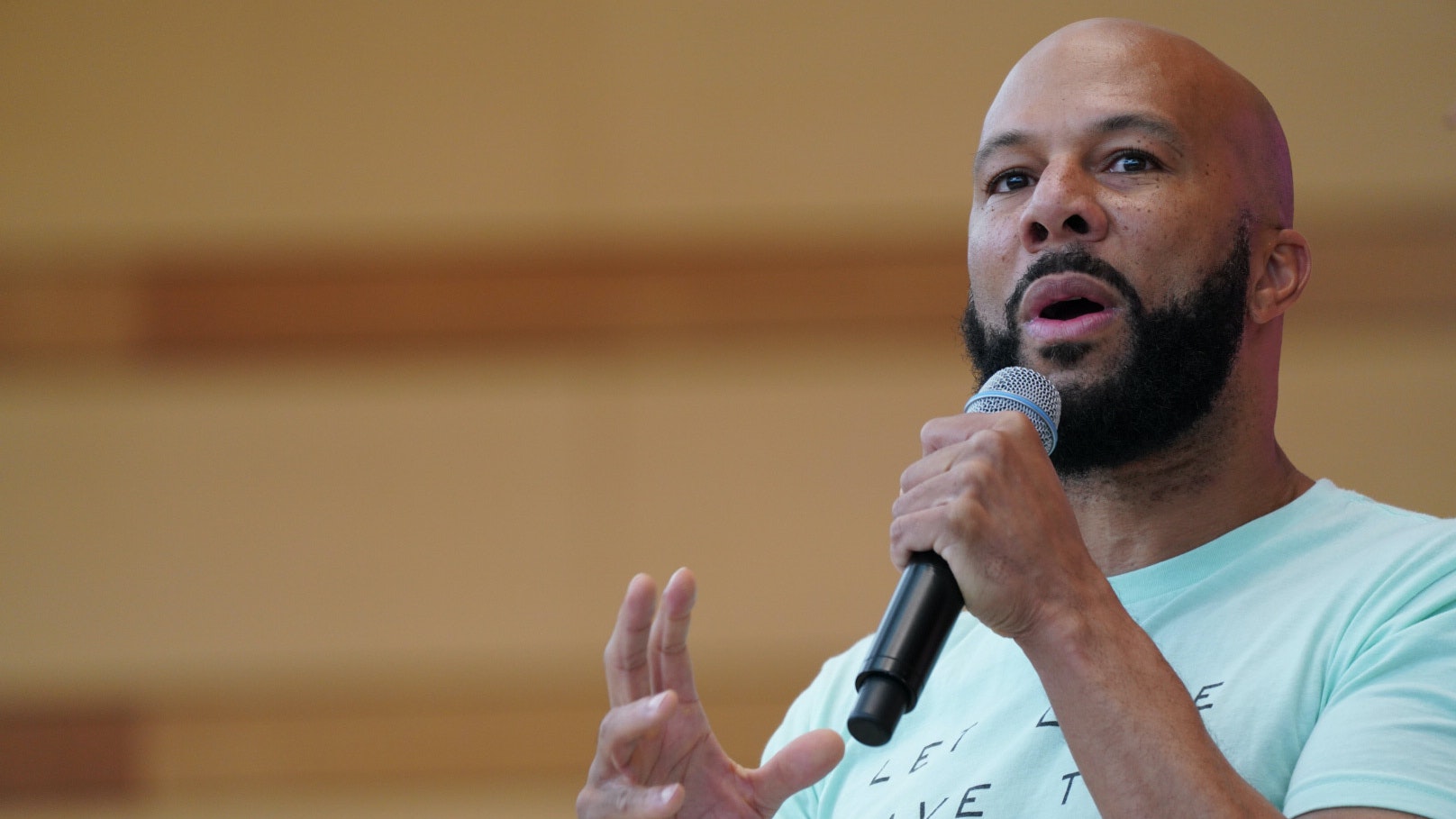 Common freestyles at the 2019 Afternoon of Conversation

Big Idea
At the core of humanity, we are care. We are love.
Common

Poet Elizabeth Alexander kicked off the sprawling, three-hour marathon of ideas with a reading of her poem that she delivered at Barack Obama’s first inauguration, “Praise Song for the Day.” Big Idea
What if the mightiest word was love?
Elizabeth Alexander

Harvard Professor Cass Sunstein talked to Facebook Founder & CEO Mark Zuckerberg about some of the biggest questions facing the internet — including government regulation, shifts to privacy, and innovation. 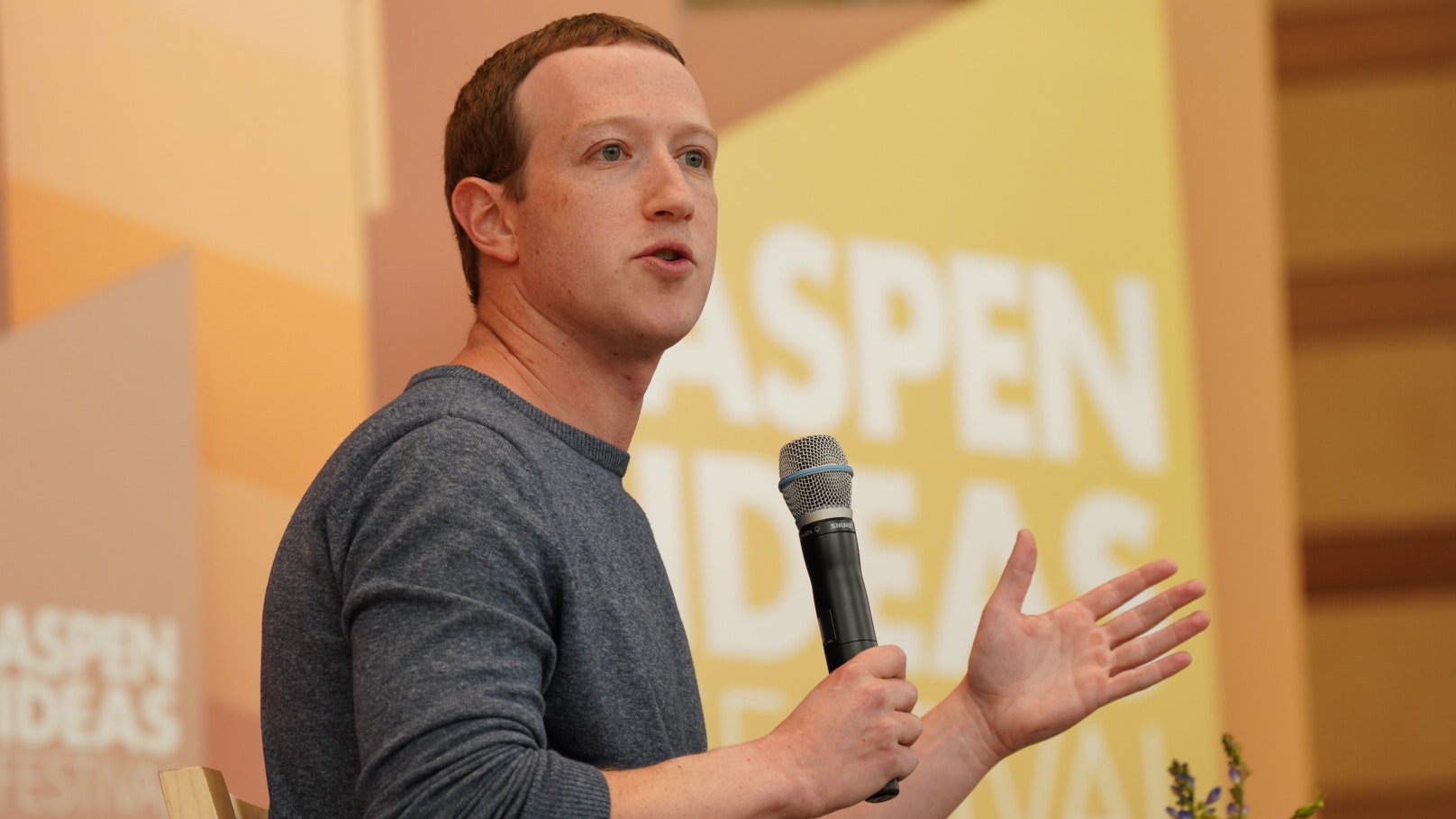 Mark Zuckerberg on some of the biggest questions facing the internet

Big Idea
How do you balance free expression on the one hand and safety from content on the other hand, privacy about what people are allowed to say, and human dignity and decency? Those are really hard questions to answer. As a company we try to do the best that we can, but I think that as a society, if we were rewriting the rules of the internet from scratch today, it is not at all clear to me that we’d want private companies making some of these decisions by themselves.
Mark Zuckerberg

The 2018 Afternoon of Conversations hosted former Secretary of State John Kerry in a candid conversation about geopolitics with Andrea Mitchell. 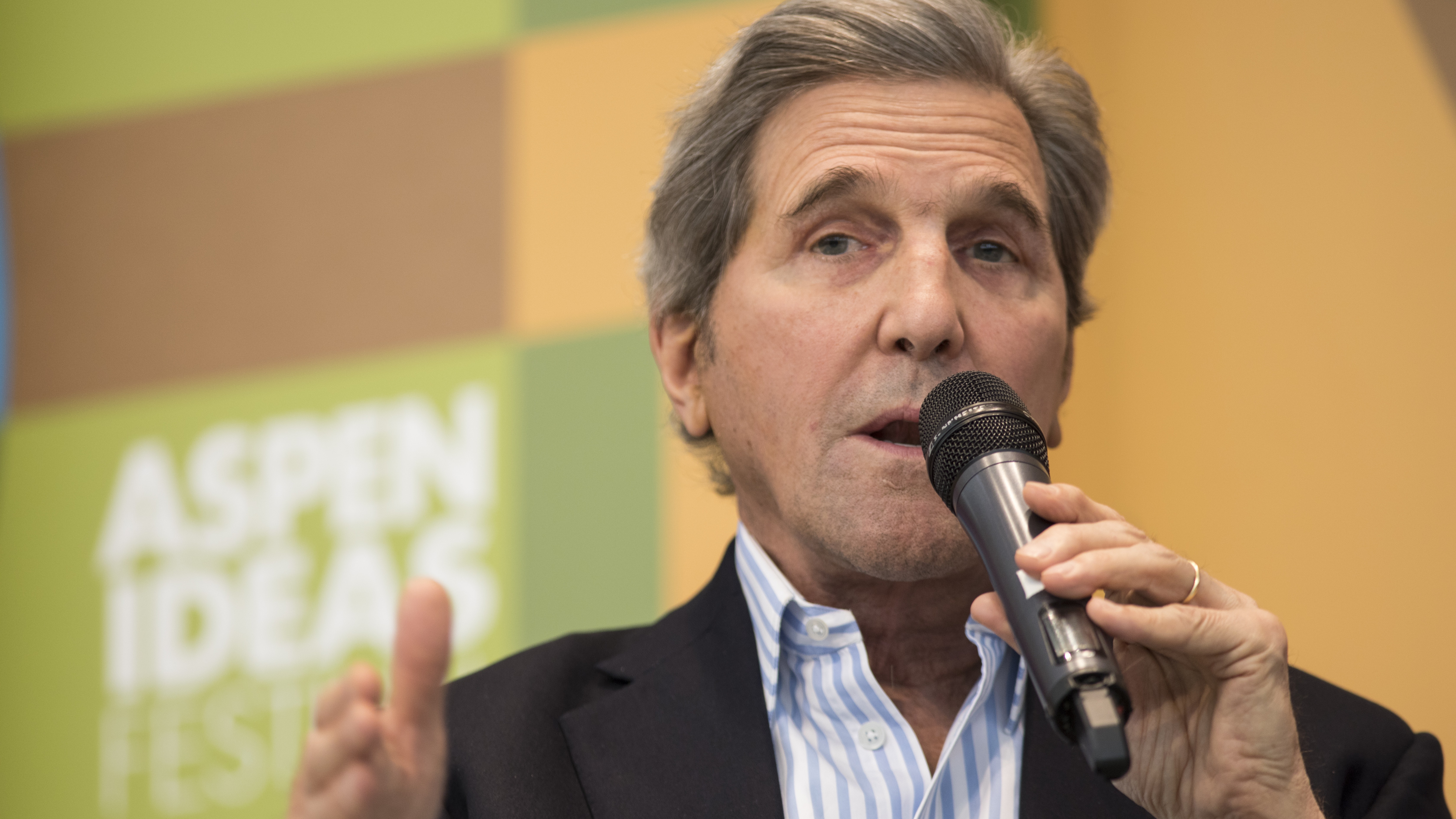 Big Idea
[Republic and Democrat senators] used to have dinner together, and you'd talk about things, and laugh and have a good time, and the next day, you'd work on it in the Senate...What began to happen was a vilification. An ideological orthodoxy began to set in that said, "You can't work with those guys. They're the enemy. We have to have power."
John Kerry

Poetry and movement coalesced between Nkosi Nkululeko, Harlem-based poet and musician, and Charles “Lil Buck” Riley, a movement artist. Nkululeko read the poem “I, Too” by Langston Hughes, and his own poem, “The Emperor of Kings,” as Lil Buck put movement to his words. 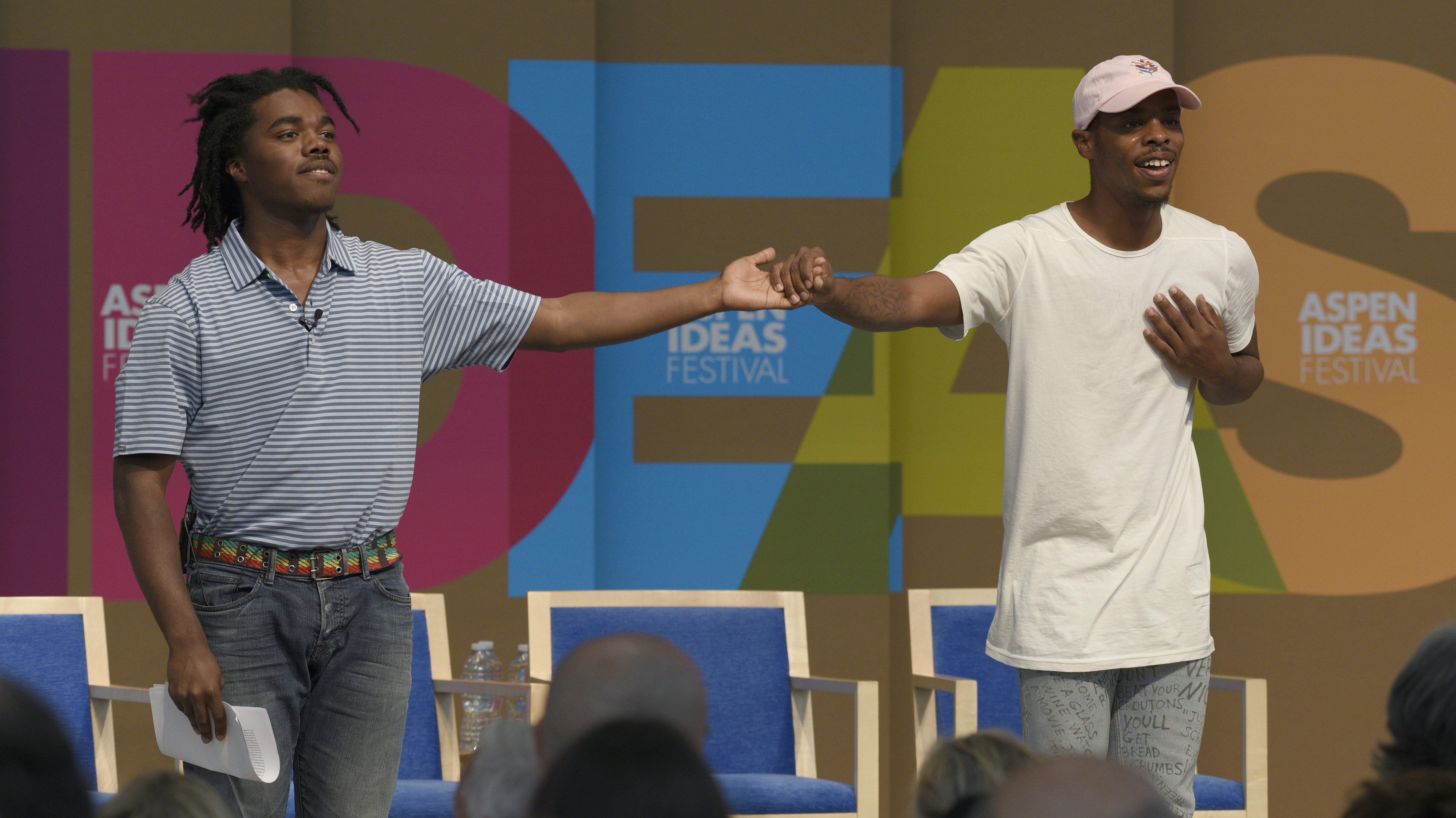 Harvard law professor and Pulitzer-prize winning author Annette Gordon-Reed reflected on how we tell the story of America given all the complexities and contradictions of its famous historical figures. 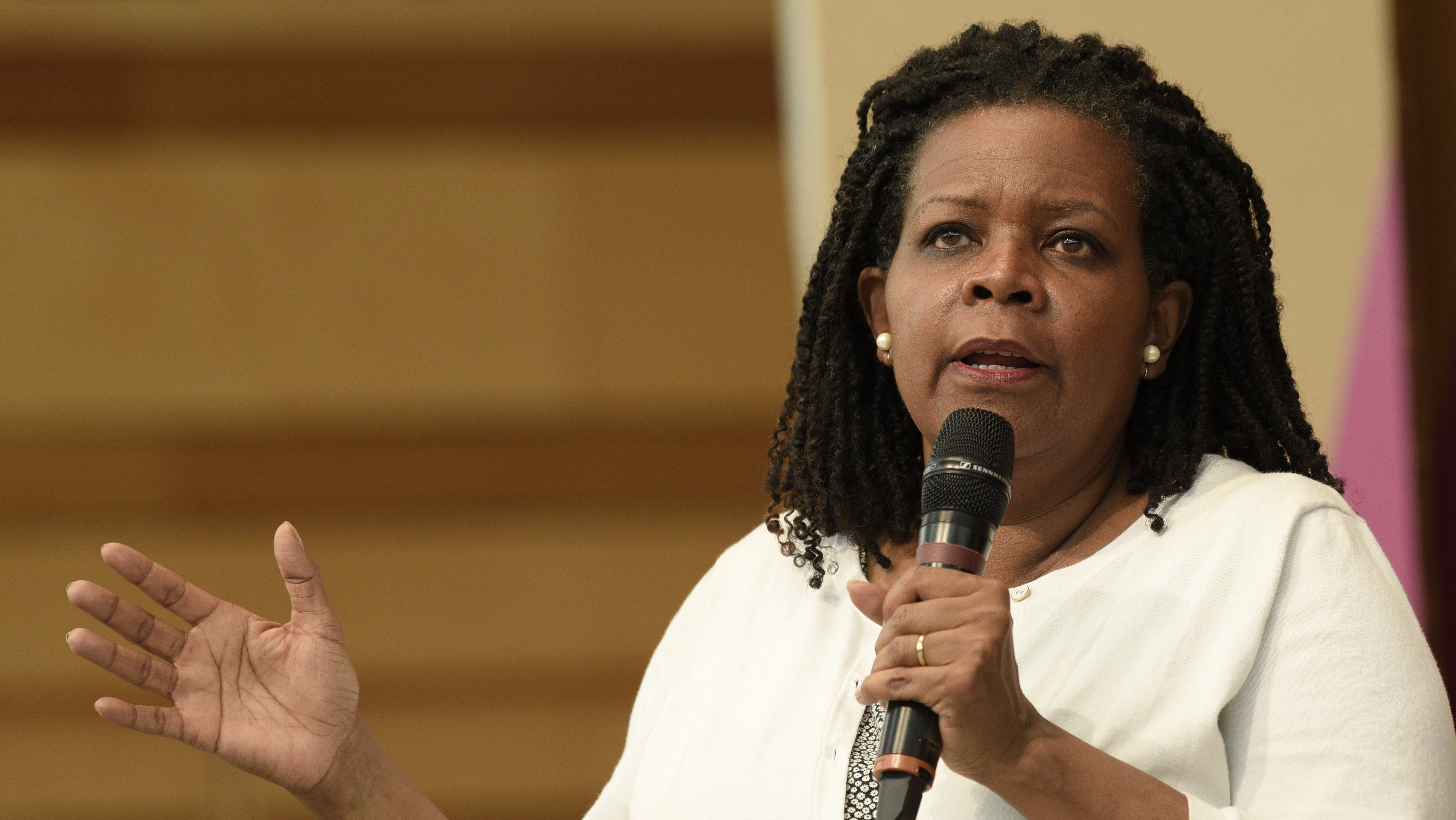 Big Idea
It's possible to recognize people's contributions at the same time as recognizing their flaws.
Annette Gordon-Reed

Former Representative Gabrielle Giffords (D-Ariz.) and Mark Kelly spoke about their vision for responsible gun ownership in America and urged the audience to act against gun violence at the 2013 Afternoon of Conversation. Big Idea
Democrats and Republicans and everyone. We must never stop fighting. Be bold. Be courageous. The nation is counting on you.
Gabrielle Giffords