How does an auto company transition from making vehicles to producing medical equipment for frontline health care workers? 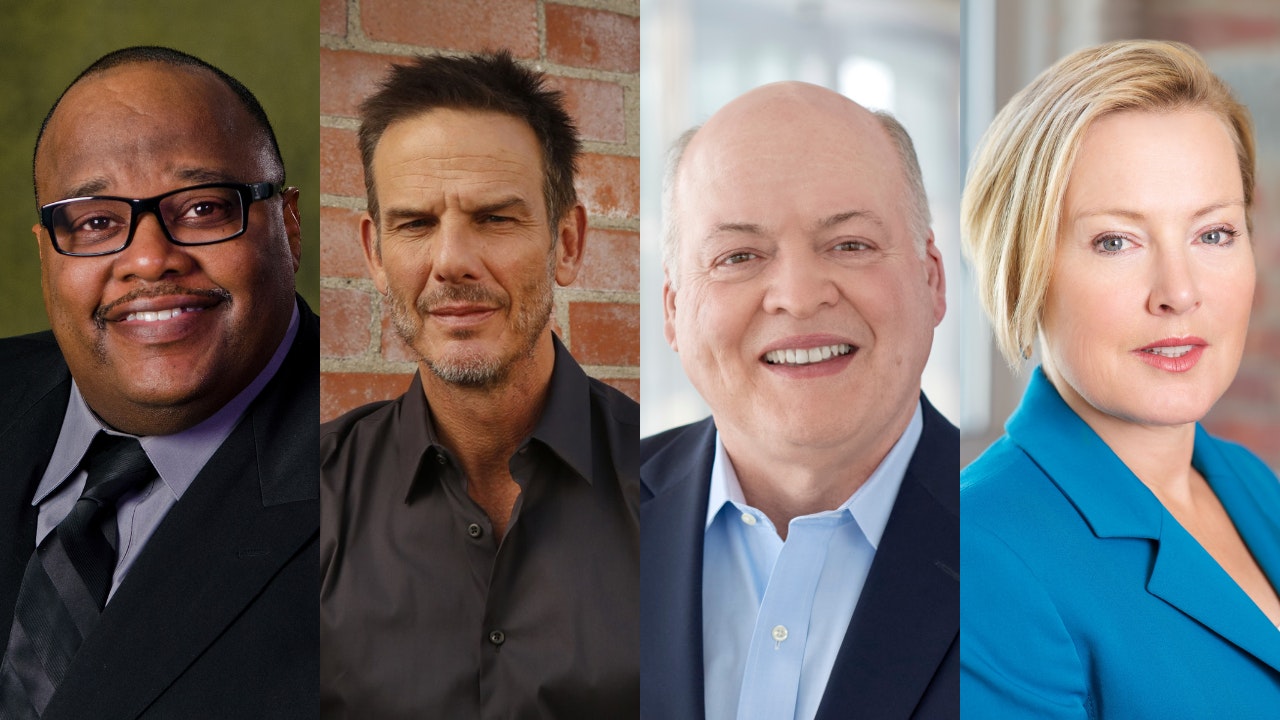 This Labor Day, we’re highlighting a historic pivot the auto industry made shortly after the Covid-19 outbreak began in the United States. Ford Motor Company shifted from producing F-150s to creating ventilators, respirators, face shields, and masks for workers on the frontlines of the outbreak. With help from members of the United Auto Workers union (UAW) and other manufacturing companies, Ford transitioned its industrial facilities into medical production spaces. “The pandemic has shown how important the auto industry is,” says Rory Gamble, president of the UAW. He sits down with Jim Hackett, CEO of Ford, Peter Berg, creator of the documentary On the Line, and Gillian Tett, US editor-at-large of the Financial Times, to discuss the power of coming together and how Ford’s pivot will impact the future of manufacturing.

Jim Hackett is president and chief executive officer of Ford Motor Company, a role he took on in 2017. He's also a member of the company’s board of directors.

Under Hackett’s leadership, Ford moved aggressively into the new era of smart vehicles and drove a deeper focus on customers’ wants and needs. At the same time, Ford improved the fitness of the base business – restructuring operations, invigorating the product portfolio and reducing bureaucracy.

Prior to serving as CEO, Hackett was chairman of Ford Smart Mobility LLC, a subsidiary of Ford formed to accelerate the company’s plans to design, build, grow and invest in emerging mobility services.

Rory Gamble was elected a vice president of the UAW in June 2018, at the union’s 37th Constitutional Convention in Detroit. Gamble previously served three terms as director of UAW Region 1A. On November 3, 2019, he assumed the position of UAW Acting President, as appointed by the International Executive Board. The UAW International Executive Board named Acting President Rory Gamble to fill the vacancy of President until the June 2022 Convention. He maintains his position as UAW Ford Vice President.

Gamble, a welder fixture repairmen, joined the UAW in 1974 when he was hired at the Ford Motor Co. Dearborn (Mich.) Frame Plant. He immediately became active in UAW Local 600 and has since served in numerous elected and appointed positions.

Peter Berg is a director, producer, actor, and founder of Film Forties (a production company specializing in creating scripted, unscripted and branded entertainment).

Through Film 45 (unscripted entertainment) and Film 47 (commercial / branded entertainment), Peter is responsible for projects ranging from Super Bowl commercials to documentaries and docu-series across a wide array of viewing platforms. His commercial clients include brands like The NFL, Verizon, Microsoft, Blue Origin, Ford, and The United States Navy, Air Force, Army and Marines. His unscripted projects include QB1: Beyond The Lights (Netflix), The Keepers (Netflix), State of Play (HBO), and more.

Gillian Tett is chair of the editorial board and a US editor at large of the Financial Times. She writes weekly columns covering a range of economic, financial, political, and social issues. Tett’s past roles at the FT have included US managing editor, assistant editor, capital markets editor, deputy editor of the Lex column, Tokyo bureau chief, and a reporter in Russia and Brussels. In 2014, she was named Columnist of the Year in the British Press Awards and was the first recipient of the Royal Anthropological Institute Marsh Award. In 2009, Tett’s book Fool’s Gold won Financial Book of the Year at the inaugural Spear’s Book Awards.